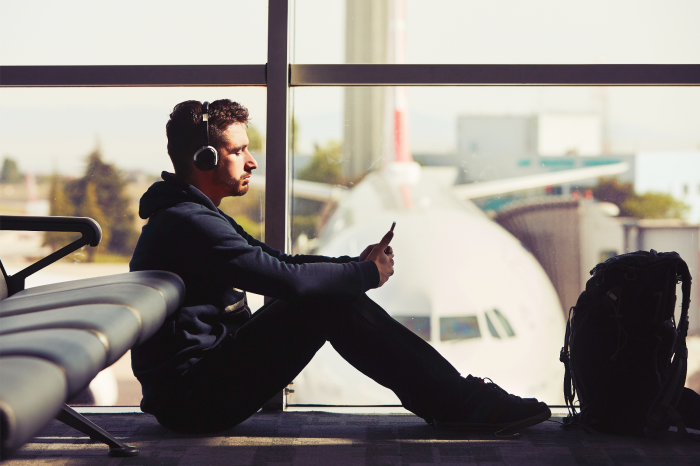 Do you find it hard to concentrate on your studies or work due to ambient noise?

Have you tried noise-canceling headphones?

What? Headphones for canceling noise? You must be kidding!

An audio device used to create silence as opposed to noise does sound contradictory, but this is what noise-canceling headphones actually do. They provide you with the ideal silent atmosphere for work/study by canceling out the surrounding noises.

Also, if you are using them to listen to music or while watching movies, they improve the overall listening experience by cutting down the surrounding noises that make you increase the volume, something which is harmful for your hearing.

The technology has been designed by Amar Bose, an MIT graduate and the founder of Bose Corporation, in an attempt to deal with the extremely loud and unbearable sound of jet engines. ‘Noise-cancelling headphones’ are different from other types of headphones and ear buds used to prevent noise from reaching your ears; it has a mechanism known as ‘noise isolation’.

Unlike others, ‘noise- canceling headphones’ use ‘Active Noise Control (ANC)’ technology to deal with ambient noise.

How Do They Work?

As opposed to the noise isolation method that simply prevents surrounding noises from reaching you by creating a seal around or in your ears, the active noise control entails using the ‘destructive interference’. In destructive interference, an equal and opposite noise, also called ‘anti-noise’, is created by the headphones that cancel out the original noise.

This is done with the help of the ‘external microphone’ attached with the noise cancellation headphones. This external microphone first monitors and assesses the background sounds and then creates a sound wave that is equal, but completely opposite to the detected background sound. As a result, both sound waves cancel each other out and a silence is produced as a result.

Noise-canceling headphones work with the help of rechargeable batteries.

What Noises Are Canceled By Noise Canceling Headphones?

The idea of creating such headphones came into Bose’s mind during the late 1970s. He was on a flight to Europe and found the loud noises of jet engines highly disturbing. So, he decided to create noise-canceling headphones to subdue the noise of jet engines.

Also, they are highly effective against all low-frequency noises.

Noise-canceling headphones are designed to work against noises as high as 75 to 80 decibels, such as the sound of air conditioning units, conversations etc. However, they are usually effective against the continuous and steady sounds and may not work against sudden loud noises, such as the one that comes when someone slams a door or window, shouts or a baby cries. So, do not expect some miracle while buying noise-canceling headphones and be ready to hear some unpredictable loud noises even when you are wearing a high-quality headphone set.